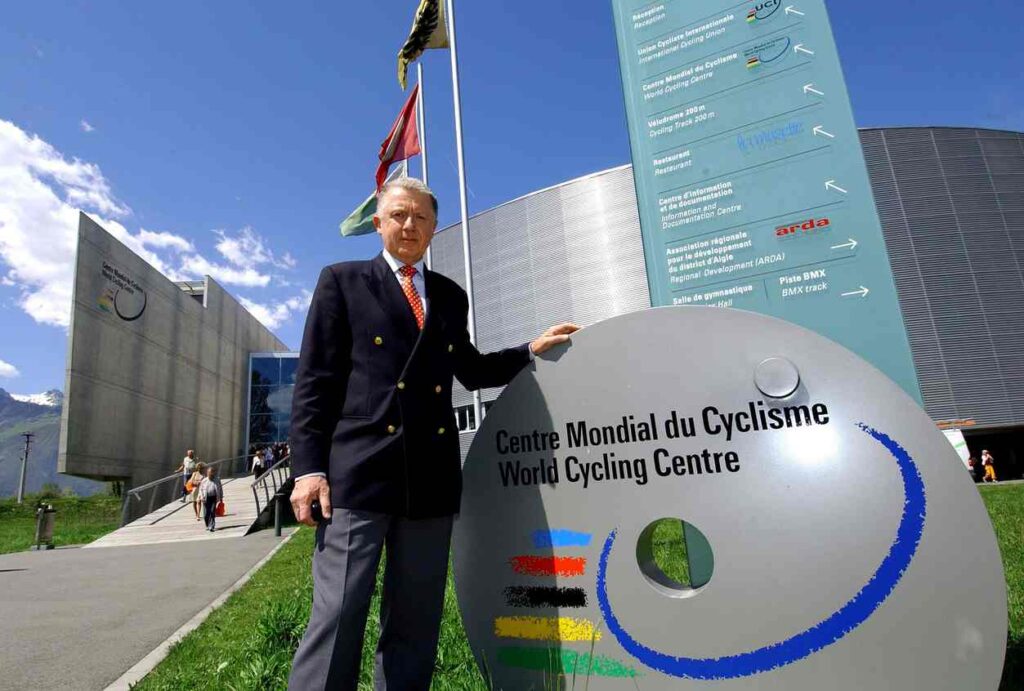 I have been involved with the Union Cycliste Internationale since 1978, serving as its President between November 1991 and September 2005.
I am privileged to have contributed to the UCI’s development and transformation from a virtually non-existent and dysfunctional International Federation, with a total staff of 5 people, to a large, professional and prosperous federation, which is now a highly-respected member of the Olympic Movement.

The UCI’s flagship discipline, road cycling, has also been transformed over this same period and has now become a professional, popular and global sport.

In recent years, revelations have emerged about serious doping problems in a great many sports. Where cycling is concerned, this has resulted in huge media coverage, but it has also become a highly politicised issue, even influencing the outcome of elections and other events.

The CIRC Report had to conclude that there have been no wrongdoings under my presidency or that of Pat McQuaid, no concealed tests, no corruption. The CIRC recognizes that all that time the UCI was a pioneer in antidoping.

In the interest of cycling, the CIRC report was an opportunity finally to draw a close to the debate. However, this opportunity has been tragically missed because, when finalised, the report turned out to be just one more political manoeuvre : rather than an exercise in fact finding and truth seeking, it is a dictated effort to write a negative story and to criticize in a very selective way as many aspects as possible, even when unrelated to anti-doping.

For this reason, I have decided to create this website. On it, I will refer to all of the facts, documents, letters and reports that were left out, or deliberately ignored by the CIRC. Why the CIRC decided to make these glaring omissions is not clear – but it was certainly not in the pursuit of objectivity and proper analysis.

I have my own perspective, which I explain on this website. I accept that some will disagree and some will never change their minds. However I am making all of my documents freely available so that you, the reader, can come to your own views based on all of the information that had been provided to the CIRC.